So, after settling into his new home, we decided to test one of Groucho's other super canine powers - travelling. It was time for Groucho to get his own passport and come with us to the Middle East. Before he left, Groucho had to have a few injections (which didn't hurt at all, as, after all, Groucho is a Wonder Westie!) and, as a special treat, just before he left, he spent two weeks at his 'other home', just outside Dublin, with Louise.
Groucho loved staying at Louise's because he had a huge garden to run around in, he went on lots of walks which he loved, especially the walks in the Park. And, of course, Groucho got loads of attention from Louise and he thought that was great. About 5 miles from Louise's home, Groucho would work out where he was going and wow, would he get excited. Sometimes, we thought he was going to ring the bell at Louise's gate all by himself, he was so keen to get inside. Louise's garden was amazing and there were always at least two other dogs to play with. Going to Louise's was like going on the best holiday (well, apart from going to Kerry, that is!) ever. Saying bye to Louise and her dogs was really hard. 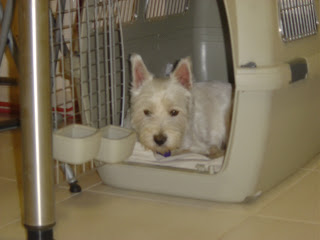 But, of course, Groucho's super powers kicked in and he was soon in his cubby, in the plane, on the way to his new home. Flying was no bother at all for Groucho, what with him being a Wonder Westie and all. He arrived at his new home at 4.30am, bright as a button and really exited to see us. And of course, we were so happy to have him home with us!!! After giving Groucho loads of hugs and taking him for a long walk, Groucho had to have a bath as, after all, he had been on a plane for over 24 hours. He was not very happy about this but soon, he was enjoying feeling clean and, of course, he went for a long walk after the bath to dry off and Groucho never complains about going for a walk!

Groucho settled in to his new home, no bother at all. In fact, in no time, he had found a few new favourite sleeping places (the sofa being his favourite place!) and settled in to watch some TV! 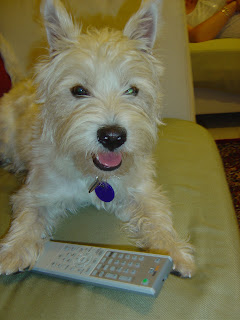 There were so many new places to visit, so many new smells to investigate and so many new friends to make!! The weather was really nice - no rain at all!!! And Groucho his own garden - it's not very big and there's no grass but it is all his own and he thinks its very cool. He even his own chair to sit on and watch the stars at night or just enjoy a bit of sunshine! 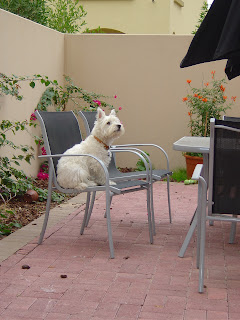 Very soon, Groucho made a lot of new friends - big dogs, small dogs, a few cats and lots of new people. Groucho was beside himself with excitement - so many new walks to go on, so many days without rain and so many cool and exciting things to do!!!


With so many new things to see and do, Groucho had to sleep a lot so he would be ready for the next day's fun and games!! 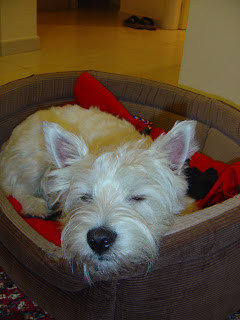