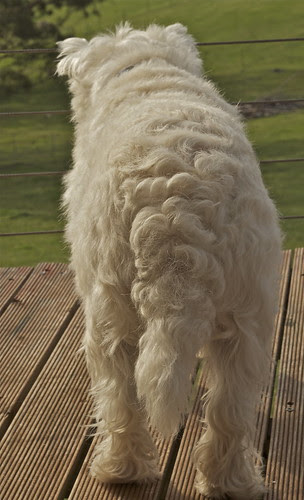 What's down there?, originally uploaded by Wonder Westie.

When we were on our holiday, we stayed in a house that had a balcony that overlooked a big paddock - in that paddock, there were alpacas, ducks, turkeys (seriously, what is wrong with those creatuers - the noise out of them!!!!!), cows and a few sheep. I spent a considerable amount of time watching them - you can't tell it from this angle, but I'm actually have a staring competition with a cow. I won.

Look what I found on the beach 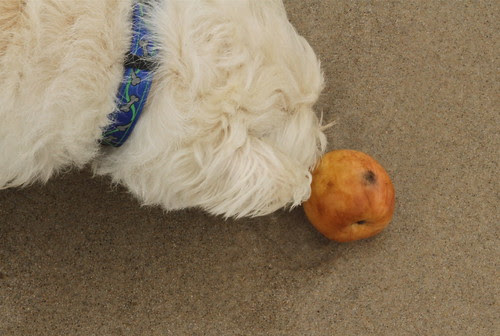 Look what I found!!, originally uploaded by Wonder Westie.

So, one day, while we were on my favourite beach while on our holidays, I discovered this - a washed up apple. Well, I'm quite fond of a piece of apple now and then (I eat around the skin though, which the Two Legged Ones find very amusing - I've no idea why, but well, two legged ones, generally, can be a bit of a mystery to us four legged ones!) but this one looked a bit off - I suppose after a while in the ocean I too would look a bit off!!! More stories of my adventures later! 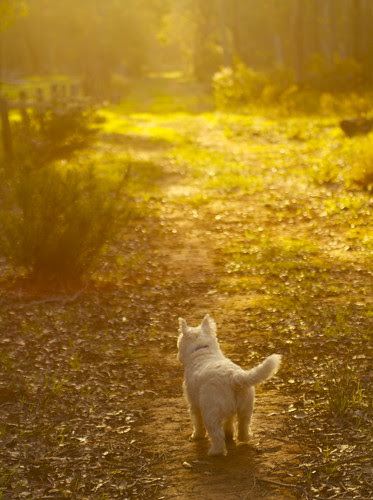 Into the light, originally uploaded by Wonder Westie.
There were so many adventures on my holiday down south, that I decided I should do separate posts, otherwise each post will be way toooo long and my paws will get tired, typing it all up ...... This was my daily afternoon adventure - a walk in the woods. It was great fun - the Two Legged Ones were more interested in the wildflowers (stunning, apparently) and the trees (awesome, apparently - to me, they are all the same!!) but well, you know me - I was more interested in the smells - and the woods were full of exciting smells - kangaroo smells, rabbit smells, frog smells, fox smells, other four legged ones smells. And, the most exciting thing - one afternoon, I saw a kangaroo.  Surprisingly, I was very well behaved and didn't run after it - the Two Legged Ones thought it was because I was finally learning all my manners (instead of just some of them!) but it was really because, well, kangaroos are huge - I'm not scared of anything (other than baths) and honestly, I wasn't scared (but again, close up, kangaroos are HUUUUUGE!!!) but I decided that, to paraphrase William Shakespeare (I quite like his works, you see), discretion was the better part of valour!

Email ThisBlogThis!Share to TwitterShare to FacebookShare to Pinterest
Labels: The Woods 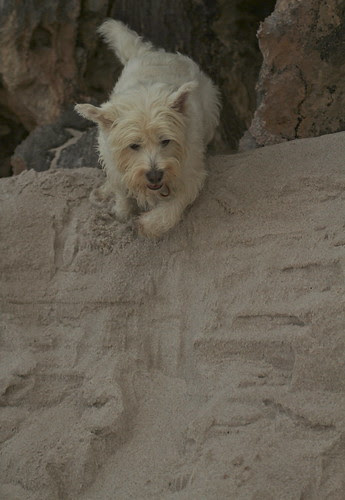 Well, we are back from our holiday (yes, the Two Legged Ones took me to my favourite beach Down Under - refer to earlier post!). I'll update you more later but for now, here is an action shot of me - I didn't realise quite how steep the drop was but well, hey, who cares, I was in a hurry. I am still recovering from a week of running, running, running, swimming, paddling, visits to wineries and, best of all, a chocolate lounge where dogs were catered for (no chocolate for me of course, but everyone made a fuss of me!). More later.