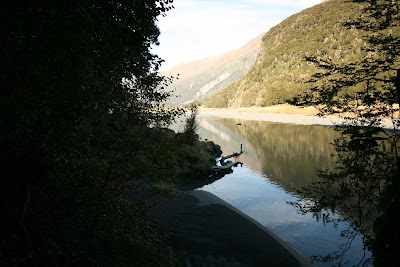 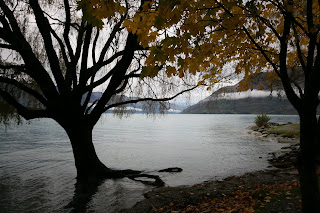 So, the Two Legged Ones went to New Zealand last month. They spent weeks planning it and then spent weeks talking about it when they got back. On and on they went - raving about how wonderful the food was, how amazing the scenery was, how brilliant everything was - I'm sure they would move there tomorrow if they could!  I could have gone as Four Legged Ones are welcome in NZ but well, it would have meant another plane trip and, on top of that, the Two Legged Ones were going on an 'adventure holiday' so while I'm very fit and an all terrain dog, I figured that it wouldn't be much fun sitting inside while they went heli-hiking up Franz Josef or horse riding in Cardrona Valley (apparently they were both a tad saddle sore after that!) or tramping through the Siberian Valley (which apparently was completely awesome) or sitting in the car while they drove miles and miles off the beaten track to visit something they read about in the Lonely Planet (seriously, one of the Two Legged Ones cannot go anywhere without the relevant Lonely Planet - it's actually a bit of a worry). So, I said, sure, off with you, I'll hang out here with the older Two Legged Ones who, of course, will treat me like I am the best Four Legged One ever (they did of course). There was a huge hoo ha when the Two Legged Ones returned and I was given loads of hugs, attention and the walks to make up for the time they were away.  It's starting to get cold here, now, although it's never really cold in this part of the world. But it did rain today, while I was out walking, for the first time in months  so that was a bit ordinary. I thought I heard one of the Two Legged Ones  mention something about buying me a jacket for the wet months - yes, well, we'll see what happens if she tries to make me wear one of those!!! There's a photo below showing what I did last time they tried that. Anyway, gotta dash. Toys to destroy, food to eat, crows to bark at, two legged ones to charm, more stories about NZ to avoid (they are already planning another holiday there next year!) .
Stay tuned for more stories of our adventures Down Under. 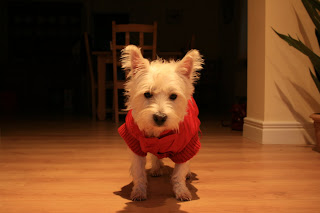 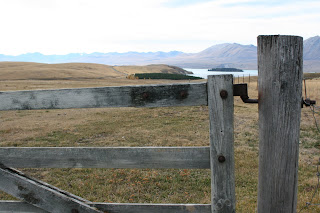 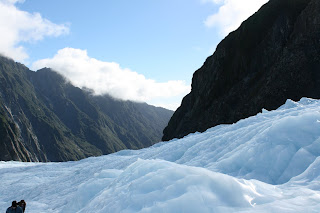 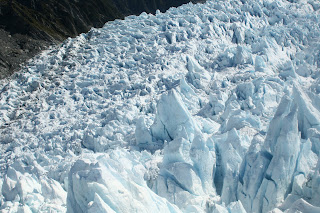 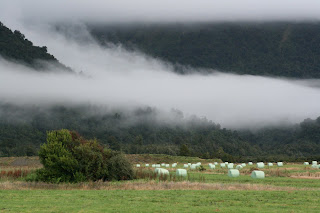 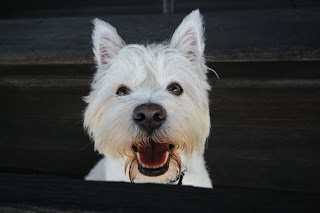