Smells at the Beach 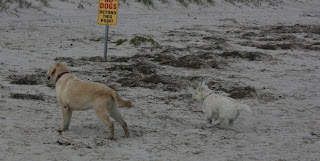 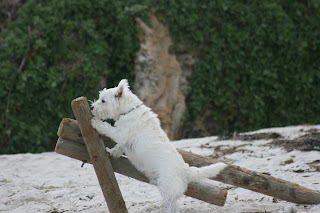 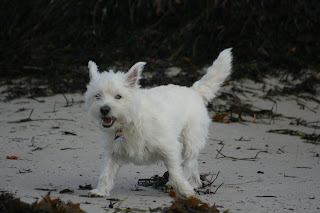 Well, the Two Legged Ones took me to the beach the other day - even though it's winter 'down under' (as they say here), it's still excellent beach weather. There had been a storm the night before and the beach was covered in seaweed - mint. There were dead fish, dead starfish (my favourite as they truly stink), driftwood, old rope - basically, lots of stuff to sniff and pee on. usual, the Two Legged Ones carried on about how cute I was and had to take photos but I played it cool and made excuses for their behaviour to my mates - us four legged ones find it difficult to understand the ways of the two legged ones but hey, they are ok most of the time. Of course, the Two Legged Ones had to be taken to my favourite cafe after the beach and I let them have some of my fruit toast and latte. Gotta go now, on cat patrol.
Posted by Groucho at 13:10 2 comments: